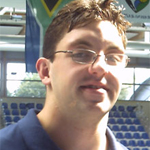 Dan joined the Club as a beginner in 1993 at the age of four. Following success at the mini meets, Dan was invited to join Stockport Metro when he was twelve and he continued to pursue his competitive swimming career there whilst maintaining his membership and contact with the Club. Dan’s successes are outstanding. As a school boy, he represented his area in the English Schools Swimming Association National Finals, was a member of the Cheshire County squad and a member of Stockport Metro’s relay team at the Nationals. Such achievements were accomplished alongside Dan’s international disability swimming career which began at the age of 14 when he represented Great Britain at the INAS-FID World Championships in Hong Kong winning gold in the 100m and 200m breaststroke events. This performance was repeated at the intellectual disability championships where Dan also attained world titles in the 200m IM and 400m IM. Further success came at the IPC European Championships in Iceland 2009 where Dan won three individual gold medals. This performance was surpassed by his double gold winning performance at the IPC World Championships in 2010 which led to a nomination for an ASA Splash award. In 2012 Dan fulfilled his dream of qualifying for the London Paralympics and competed in both the 200m freestyle and 100m breaststroke events (S14). Dan is a natural communicator and motivator and holds both Level 1 and Level 2 ASA Teaching qualifications. He also brings to the Club the valuable experience he has gained coaching juniors at Stockport Metro. 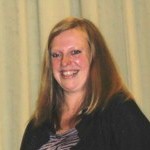 Lucy is the parent of three swimmers at the Club spanning all the groups from Beginners to Seniors. She has been actively involved with the Club for the past four years. During this time she has held various positions on the Committee and continues to contribute greatly to the development and smooth running of the Club. On poolside, Lucy’s enthusiastic and encouraging approach helps to motivate swimmers to work hard and achieve their full potential. In recent times, Lucy has also organised entries for external galas and assisted with local galas and mini meets and so she is very familiar with the different levels of competition available to swimmers at each stage of their development. Lucy is a qualified physical education teacher (B.Ed Hons.) and has achieved her ASA Level 2 Aquatics Teaching qualification. In addition, she is a qualified timekeeper and Level 2 Judge.